Statistics are showing that the most productive economies are the ones with greater: 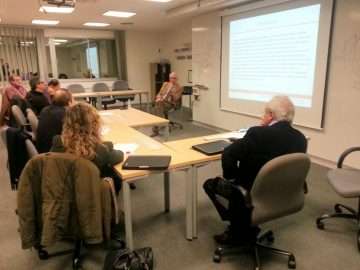 Both require knowledge, effort and some time to mature.

It is the opposite of economies that compensate low productivity with low wages & salaries and speculation.

What are the objectives of the economic system?

Depending on the prism through which we look, we will position ourselves among which prioritize the generation of wealth and those who understand economics as a tool to ensure the welfare of the citizenry.

Two different conceptions of the economic world, which, after all, ultimately determine the policies that urge to exit the crisis.

But in both cases, industry and industrial policy are back in the centre of the actions to overcome the crisis and to ensure sustained and sustainable growth of economies.

Just a few months ago, in The Economist, the contributions of leading economists and experts, gave the result that 76% of respondents felt that an economy needs a strong industrial base in order to succeed. In the same view, the European Commission also believes that industry and active industrial policy are key to any strategy for ending the crisis and creation of sustained growth and competitive economies.

The most competitive economies

They still maintain a strong industrial position and none of them is particularly remarkable for its low wages &salaries, nor for their approach to speculative economies.

These are the comments of the report. (Spanish positions in different sub-indices are indicated as #n ):

“Spain general score remains at #35. The reform program being undertaken, has focused in recent years on reducing the budget deficit, although still high (# 128); to improve the soundness of the financial sector, still unstable (#85); reduce bureaucracy to promote entrepreneurship (# 99); and flexibility (# 120) of the labour market.”

“As in previous years, Spain continues to benefit from its transport infrastructure (# 6), high levels of connectivity (# 18), and a large part of the population that pursues higher education (# 8) that, if the quality of education system were improved (# 88) might be able to contribute to the structural transformation that the country is needing.”

“However, a perceived weakness in the functioning of institutions, particularly with lower scores in terms of corruption (# 80) and government efficiency (# 105), compensates for these improvements in the GCI.”

“Despite improvements in certain areas, Spain continues to suffer from lack of access to credit companies (# 132), a rigid labour market (# 120), difficulties in attracting (# 103) and retaining talent (# 107) and insufficient capacity to innovate (# 60), which is a result of low investments in R & D (# 52) and weak university-industry collaborations (# 57)”

Innovation: Key of the productive economy

In short, we return to the beginning:

“Innovation, internationalization, product differentiation, optimum size and training are the key words that can help companies overcome the crisis and emerge stronger”[2]

If one of the key variables is innovation, to create a productive economy, we must overcome structural barriers that prevent or hinder it.

In a previous article of this website[3], we analysed the barriers to innovation, and specifically, 9 structural barriers in the “Spanish case”. Overcoming these barriers in Spanish current environment, would be an important step in creating a productive economy.

Actions to overcome barriers to innovation

Solutions are only possible in the medium and long term, but immediate action is needed to not delay them indefinitely

In the table below we review the barriers and actions that in my opinion would serve to overcome them:

Meanwhile: How to prepare an innovative company 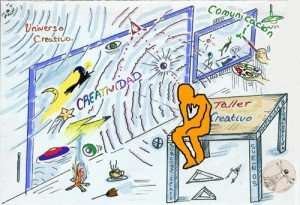 In any case, while trying to reach the “desired state” of innovative company, each individual company would require:

What can starlings teach us about business strategy?