Spain is ranked at 20 of the 28 members of the EU in the last index of innovation performance in Europe and walks away, year after year, to reach the European average. Innovation in Spain continues to decline.

Despite the official propaganda, often reinforced by the media, innovation in Spain continues its fall and it seems that not even an awareness of it is encouraged. 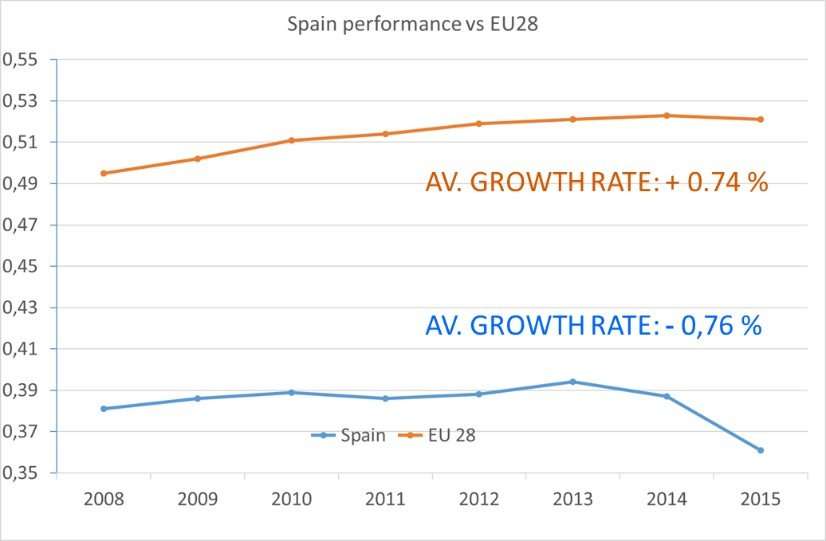 It is an important problem for the future, and to solve it, the first thing needed is made aware of this reality. On the contrary, an optimistic view is presented, when isolated achievements in very specific fields and organizations, are highlighted whenever there is occasion.

But reality set indicates that, year after year, innovation in Spain, not only show no progress, but it’s falling relatively in relation to neighboring countries. 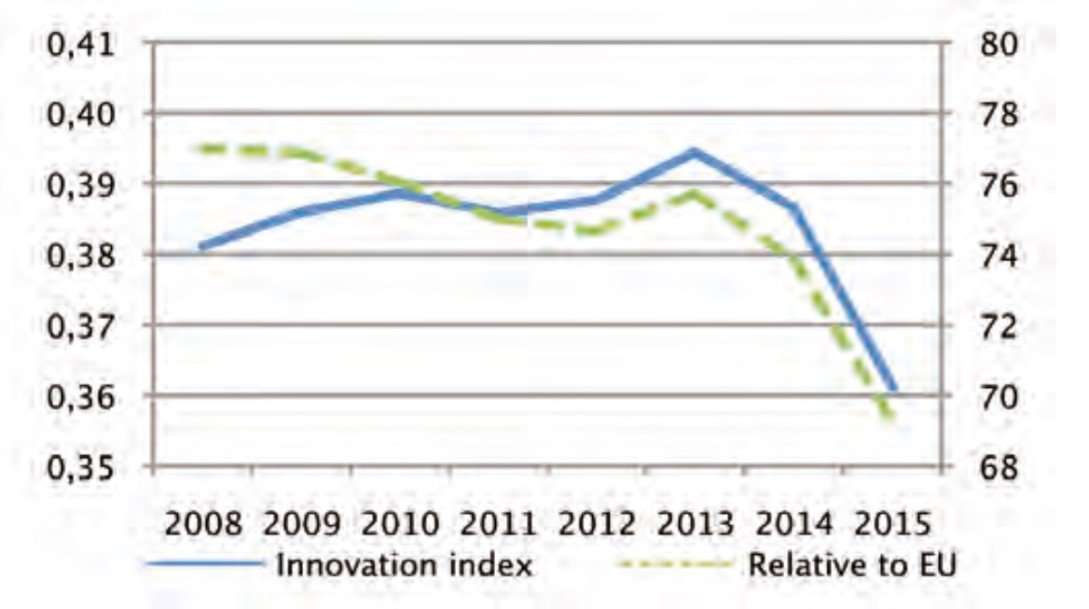 These figures are lower than those achieved until 2008, and the decline has been continuous since 2013. Spain gap with the EU has increased over time, the relative level has fallen from 77% in 2008 to 69% today.

The results by country differs little from previous years in terms of the considered innovation leaders, and strongly innovators.

In most of the 25 indicators, Spain is below the EU average. Only approaches average in “research systems”, but it is because, as mentioned last years, the sharp increases in “international scientific co-publications”. Many university publications, but few patents. In relative terms, the worst indicator is the foreign income by patents and licenses, although it has increased by 13% over the last 8 years. In the last 8 years, the Spanish index has grown in Human Resources dimension (+ 3.8%) and intellectual capital (+1.4); but endemically unfavorable indicators continue to decline, financing innovation (-5.6%), investment companies (-4.7%), entrepreneurs and linkages (-0.2%), innovators (-3.7%) and the worst indicator is venture capital, (-11%).

In the following graph, relative values of Spain in relation to the EU average (= 100) of the 25 indicators and their evolution over the last 8 years, are presented.

The performance of innovation leaders in the EU was improving until about two years ago. During the past two years, the total EU index fell by 1.3 percentage points. For Finland, the index began to decline in 2010, for Denmark and Germany in 2012, Sweden in 2013, and for the Netherlands in 2014. 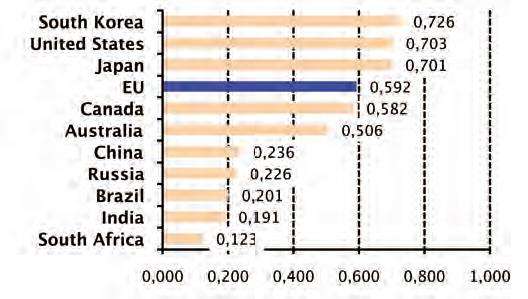 Sweden has remained as the most innovative member state throughout the period, but Denmark has reduced a significant part of their gap with Sweden. The highest growth is shown by the Netherlands. Dutch innovation index has grown at an average annual rate from 2008 to 2015 of 2.0%, followed by Denmark (1.7%), Germany (0.2%), Sweden (0.1%) and Finland has decreased at an average annual rate of -0.3%.
However, the whole EU position has fallen compared to globally innovative countries.

South Korea, US and Japan are above the overall European innovation index. See chart: The greatest growth is for Korea by almost twice the rate of the US. Switzerland remains the most innovative country in Europe.

The following chart includes indexes by countries including non-EU members.

In this year they have been included in the comparison Israel and Ukraine. In the same report, information by countries is complemented with some regions data. In general, the most innovative regions are in highly innovative countries, ie Sweden, Denmark, Germany, Netherlands, Finland, France and the United Kingdom. There are some exceptions, regions that have become engines of innovation in countries that are not. This is the case of the Basque Country in Spain, described as “strong innovator”. Basque results highlight in Innovative SME’s collaborating with others, employment in fast-growing innovative companies and population with higher education.

What to learn from other countries?

There are many (almost all) countries, to which Spain could take a look and take note of how they are doing.

Although this must be done with willingness to change and progress.
Sweden, the country in the lead in the overall index, is also the most striking quality of his academic research, closely followed by the United Kingdom and the Netherlands. They all have a system of international cooperation in the innovation that fosters collaboration and contact with scientists from other countries, and the quality of its research results is considered very high.
Germany, meanwhile, leads the investment in R & D by companies and private funds, followed by Estonia, Austria and Finland. In these countries, both companies invest in innovation-related R & D as unrelated, such as purchasing equipment and advanced machinery. In other countries, such as Belgium, Denmark or the Netherlands, companies are encouraged to combine own innovation projects and joint projects with other companies or public sector. In addition, systems of public R & D are oriented towards resolving the problems and needs of companies. Finally, in Ireland the percentage of SME’s involved in innovation activities is very high: they are more innovators in products and produce more jobs.
But while there is no willingness to change and progress, it will not be possible to eliminate the Spanish endemic and structural barriers that we see as the root causes of this situation.

In Spain, the barriers to innovation are still increasing. And the main causes of this situation are the political, economic, social, cultural and business environment of the Spanish state. See:[1]
The detailed analysis of the 25 indicators and their root causes, indicates the following, with no solutions until now:

In short, a scenario that continues to worsen.

Barriers in the environment: The case of Spain 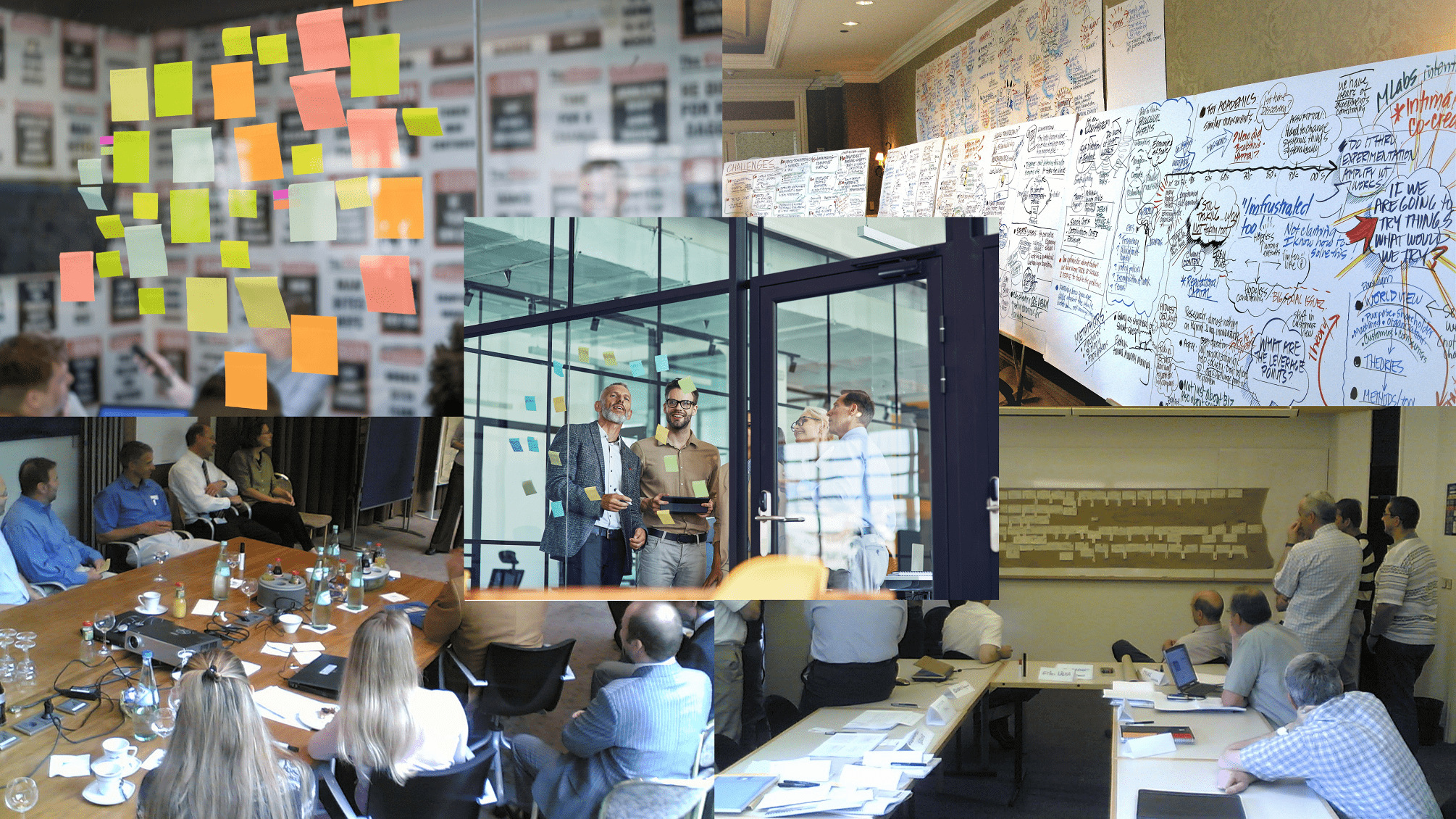 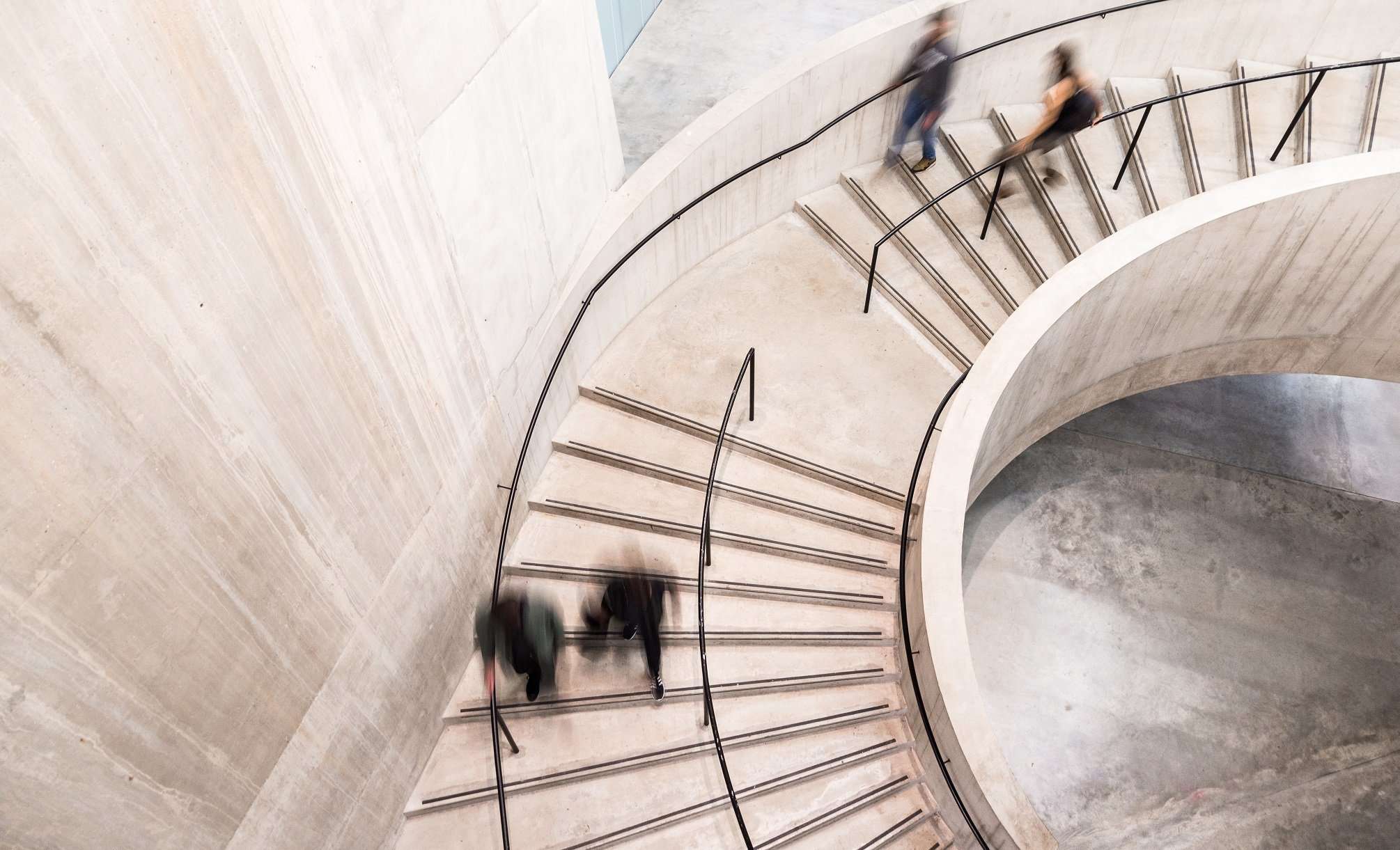