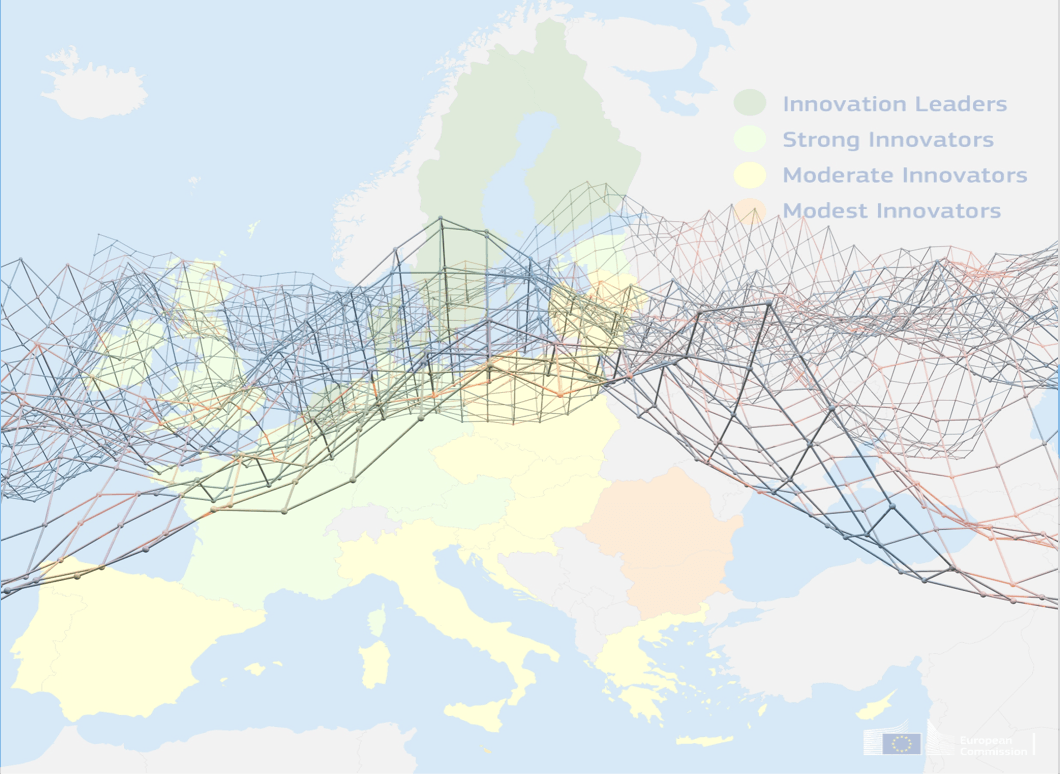 The European Innovation Scoreboard (EIS) is a well-established tool for measuring results in innovation, developed by the European Commission and with the aim of providing a comparative analysis of the performance of innovation in EU countries, neighbouring and other countries.

The first test of the EIS was conducted in the year 2000 and officially published the following year. Since then it has been published annually.

During these 19 years, he has gone through numerous reviews, qualitative analyses and methodological changes to adapt precisely to the challenges of measuring a constantly changing phenomenon, such as innovation.

The last update on the approach, methodology and indicators of the EIS took place in 2017.

This website has referred to these reports, with summaries, since 2014.

We have tried to draw conclusions from the successive tables of indicators and identify the barriers to innovation that affect us and draw some conclusions with the necessary actions in different areas to eliminate barriers and improve. We have also presented some recommendations for companies and entrepreneurs in this country, on how to overcome these barriers in our environment. See:

The European Commission published in June the 2019 edition of the EIS. [1]

The increase in performance has surpassed the United States for the first time, maintaining a broad advantage over Brazil, India, Russia and South Africa. However, China is reaching 3 times the growth rate of the EU as well as Canada, Australia and Japan, maintain the advantage over the EU.

The 2019 edition follows the methodology of the 2018 edition. However, the results should not be compared between editions due to data revisions. Time series that use the most recent data allow you to track performance over time.

Globally, the EU is still lagging but has advanced to the United States and loses ground against Japan and South Korea

In absolute values, the EU remains behind South Korea, Canada, Australia and Japan.

In relation to Japan and South Korea, the EU has been lagging behind and the results gap is expected to increase further in the coming years. The EU has improved its position on Australia, Canada and the United States. China is gaining ground, with a growth rate of innovation results that doubles that of the EU. The results of the EU remain considerably better than those of Brazil, India, Russia and South Africa.

The bars show the results of the countries in 2018, compared to those of the EU in the same year.

On average, the level of EU innovation results has increased by 8.8 percentage points since 2011. Also since 2011, results improved in twenty-five EU countries and have worsened in three. The largest increases have been observed in Lithuania, Greece, Latvia, Malta, the United Kingdom, Estonia and the Netherlands, and the smallest, in Romania and Slovenia. The convergence process, according to which the countries with the worst results are growing faster than the countries with the best results, has accelerated in the EU in 2018.

Member States are classified into four groups based on the average values of their outcome indicators:

A composite indicator, the synthetic Innovation Index, by means of which the average values ​​of the results of the Member States are calculated, allows them to be classified into four groups:

Denmark, Finland, the Netherlands and Sweden are “leaders in innovation”, with results well above the EU average.

Germany, Austria, Belgium, Estonia, France, Ireland, Luxembourg and the United Kingdom are “strong innovators”, with results above the EU average.

The results of the Czech Republic, Cyprus, Croatia, Slovakia, Slovenia, Spain, Greece, Hungary, Italy, Latvia, Lithuania, Malta, Poland and Portugal are below the EU average. These countries are “moderate innovators.”

Bulgaria and Romania are “modest innovators”, with results far below the EU average.

The case of Spain

Spain is classified as “moderate innovator”. Since 2011 it has slightly improved its relative result with the EU, with a temporary worsening until 2014.

The barriers and imbalances already mentioned in previous years continue. Despite the relative improvement in its position, the place 19th of the 28 states, it is a setback compared to place 17 in years 2013 and 2017.

The structural differences with the EU can be seen in the following table as published in the report. Many indicators are below or slightly above the EU average. There are some notable exceptions in the areas of investments, both investment in R&D of private companies, as in innovative non-R&D activities, innovation in SMEs, public-private collaboration and patents, among others, which are much lower.

The report is also giving some recommendations by country.

These correspond to Spain:

The performance of innovation in Spain and the growth of productivity are hampered by low levels of investment, both investment in R&D of private companies, as in innovative non-R&D activities, innovation in SMEs, public-private collaboration and patents.

Research and development spending in the business sector in Spain is only half of the EU average, especially in large companies, with significant regional disparities.

This divergence is reinforced by the low and decreasing rate of execution of the public budget for research and development.

Limitations in skills and continuous education are another important barrier to the development and use of advanced technologies, in particular by small and medium companies.

Employment in the high-tech and knowledge-intensive services sectors is well below the EU average in many Spanish regions.

Improving the performance of innovation in Spain requires significant investments to promote entrepreneurship and business creation, helping them to grow and promote competitiveness by their adaptation, including through digitalization and higher value-added activities with the aim of expanding its presence in international markets.

It also requires a greater focus on public-private alliances, cooperation between the academic sector and the transfer of technology to companies, particularly in favor of small and medium-sized, a reinforced governance of research and innovation policy at all government levels and closer alignment of R&D with regional and national innovation projects.

Although it is improving, the rate of early school leaving is still very high in Spain, with significant regional disparities. There is room for improve educational outcomes that vary widely between different regions.

Both factors negatively affect the long-term potential for productivity growth. Efforts to reform the education system have stalled. Companies report difficulties in finding the necessary skills to adopt innovation, especially with regard to specialists in information and communication technologies.

Spain approved measures to improve the “dual professional education” system, which could play a key role in providing the skills and qualifications necessary to absorb innovation, but enrolment in these systems remains moderate.

The rate of tertiary education in Spain is above the EU average, but tertiary graduates face difficulties in finding suitable jobs. The development of human capital at all levels of education and training, including higher and “dual” professionaleducation and greater cooperation between education and business with a view to mitigating existing mismatches in capacities, could boost access to the labour market of young graduates. It could also provide companies with the skills and qualifications necessary to improve their capacity for innovation and maximize the growth potential offered by digitalization. The recycling of workers in digital skills would also allow Spanish companies to remain competitive in an increasingly digital economy. All these actions would contribute to the reduction of regional disparities

It could also provide companies with the skills and qualifications necessary to improve their capacity for innovation and maximize the potential for growth offered by digitalization. The recycling of workers in digital skills would also allow Spanish companies to remain competitive in an increasingly digital economy. All these actions would contribute to the reduction of regional disparities.

Barriers to innovation in Spain

These recommendations have many points of coincidence with the detailed analysis of the indicators and the establishment of root causes, which we already published in previous years and that we qualify as barriers to innovation in Spain.

In the next post we will see the results by “regions” of the EU. 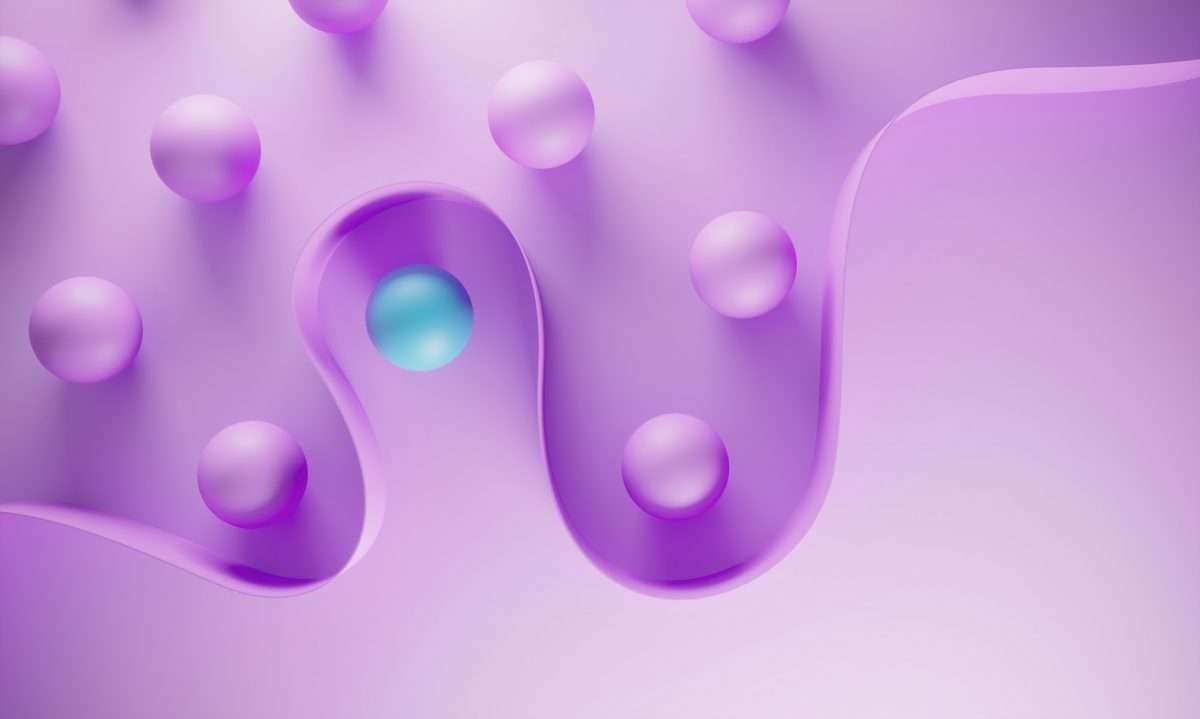 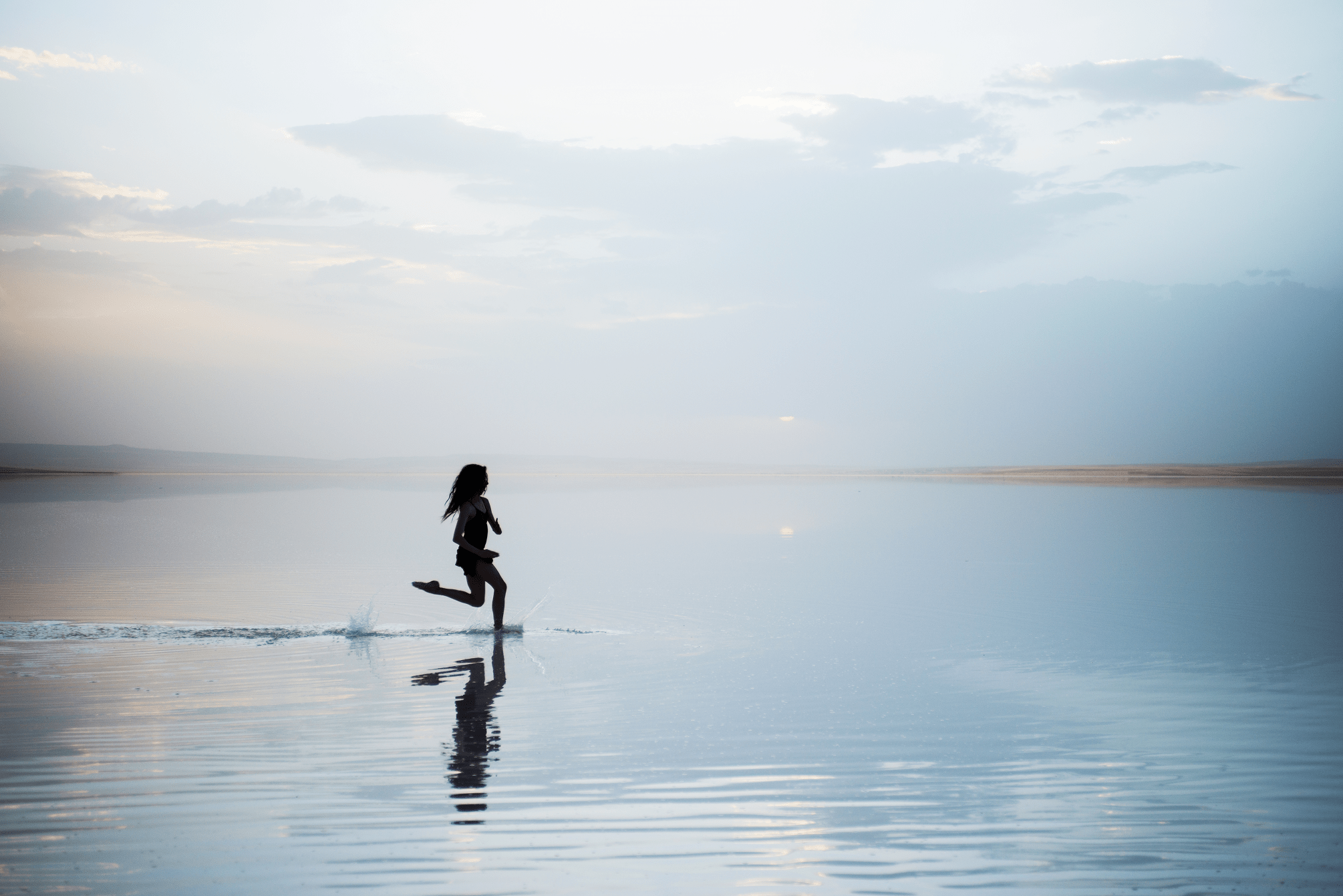 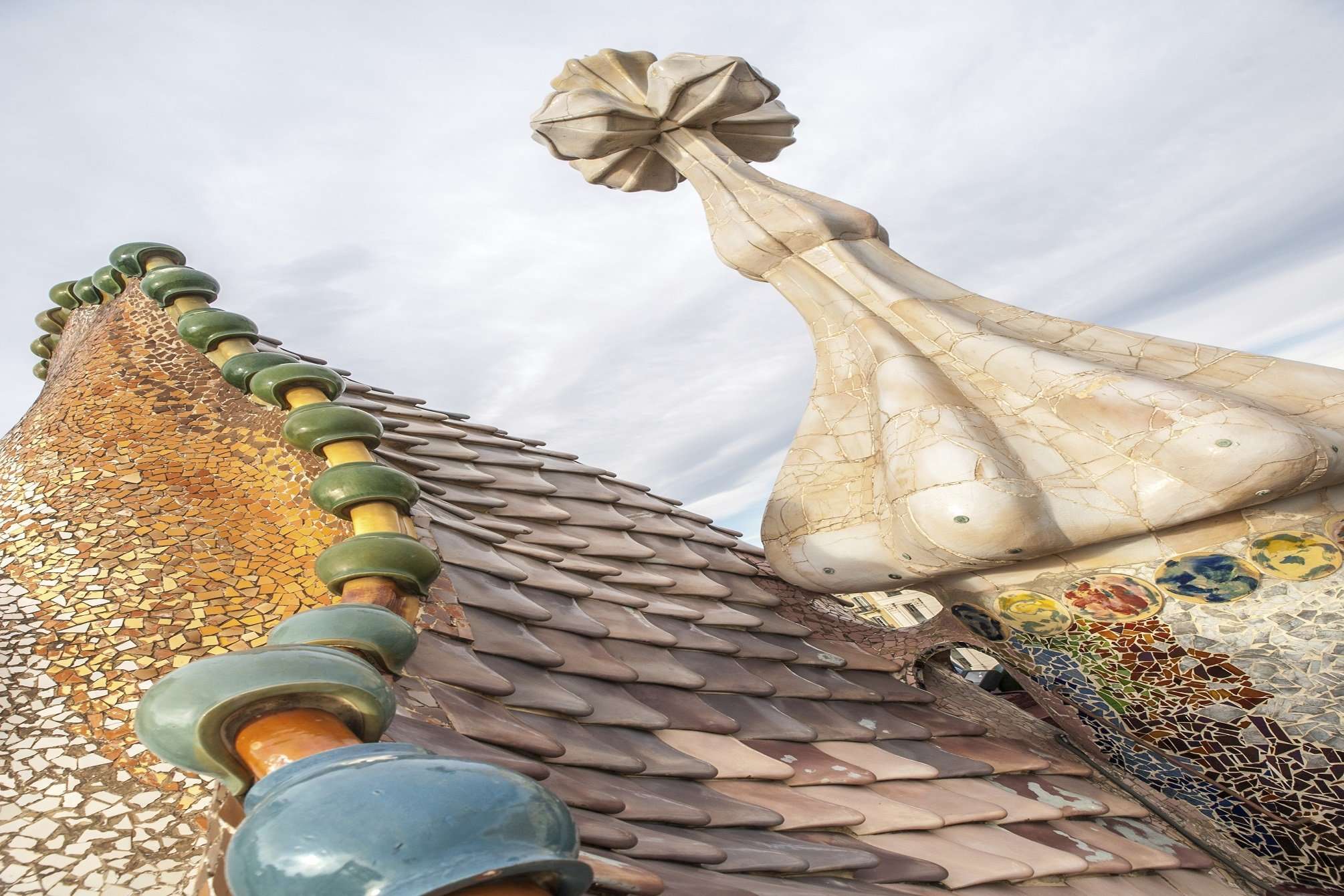 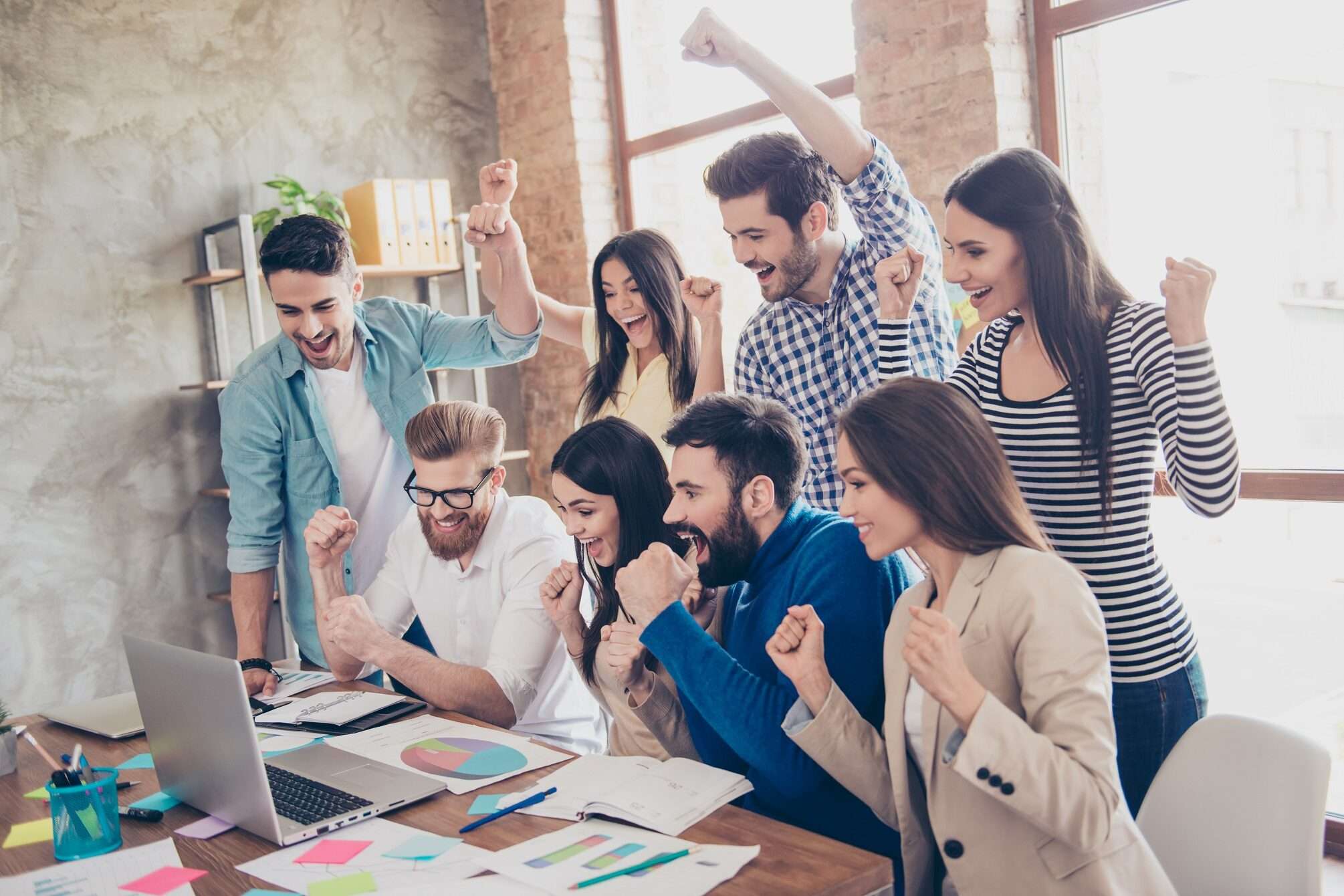 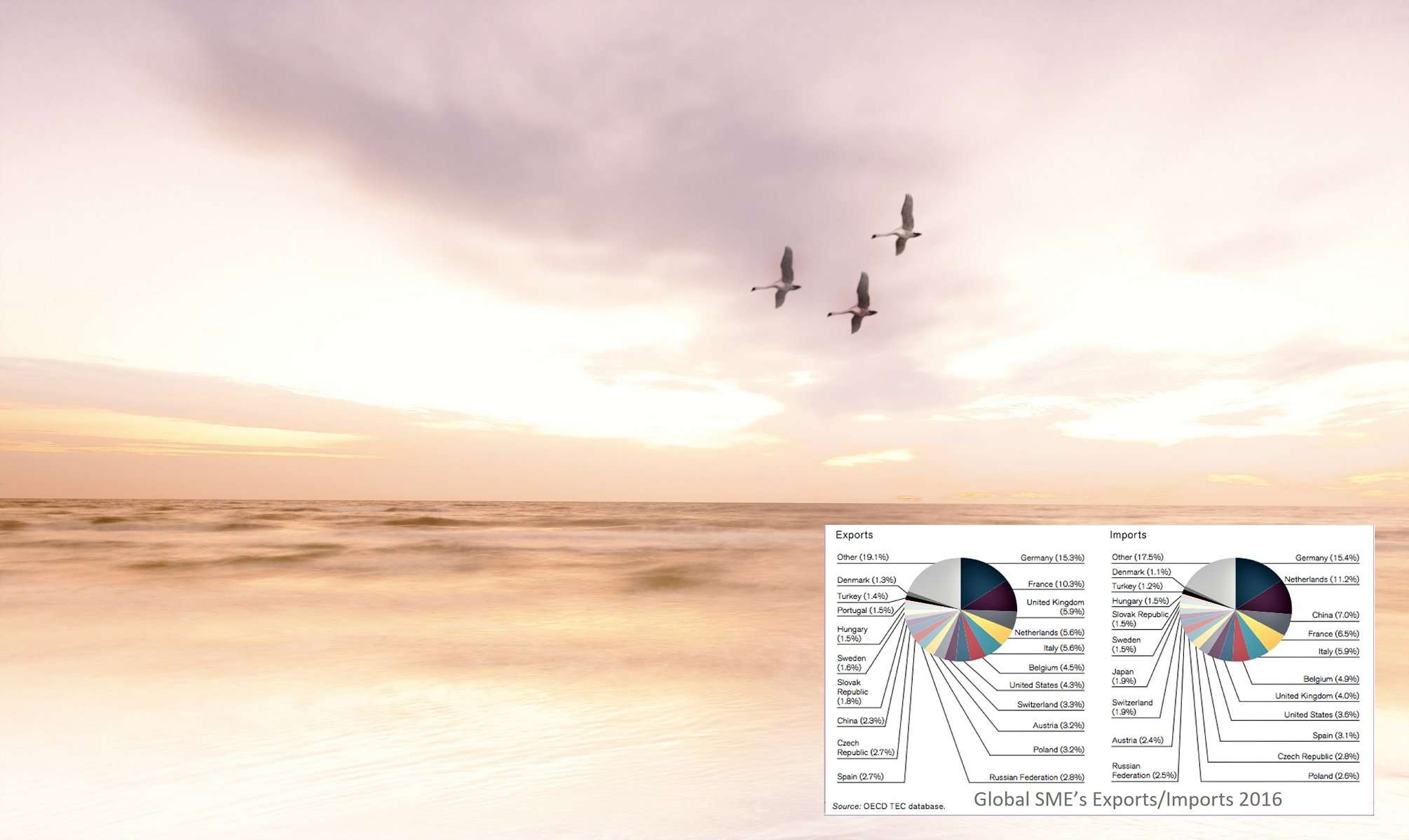 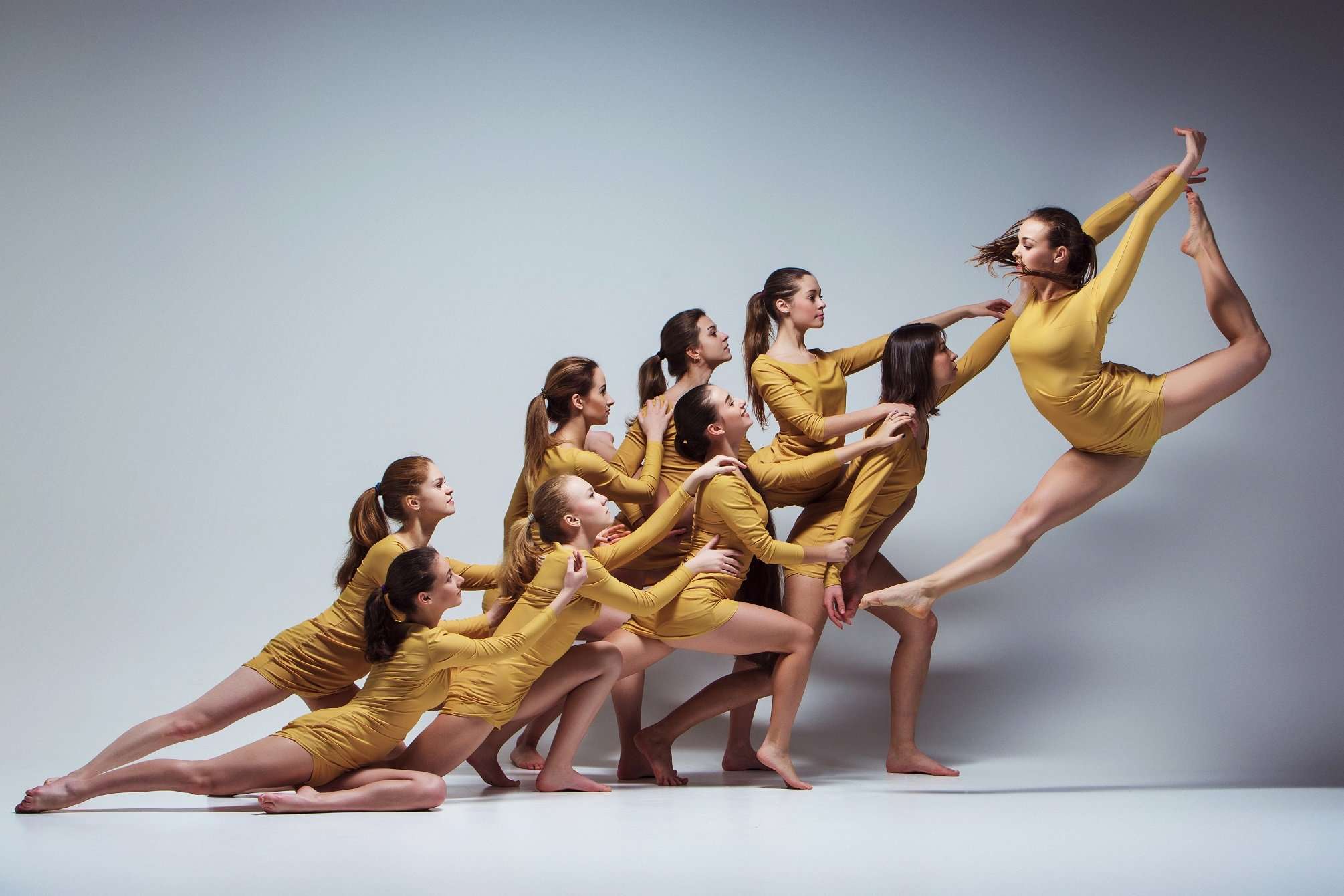 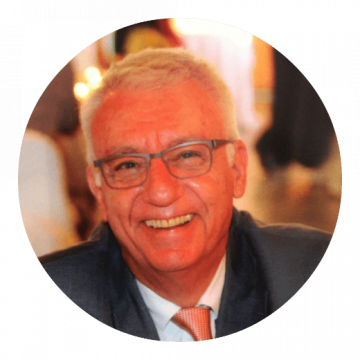